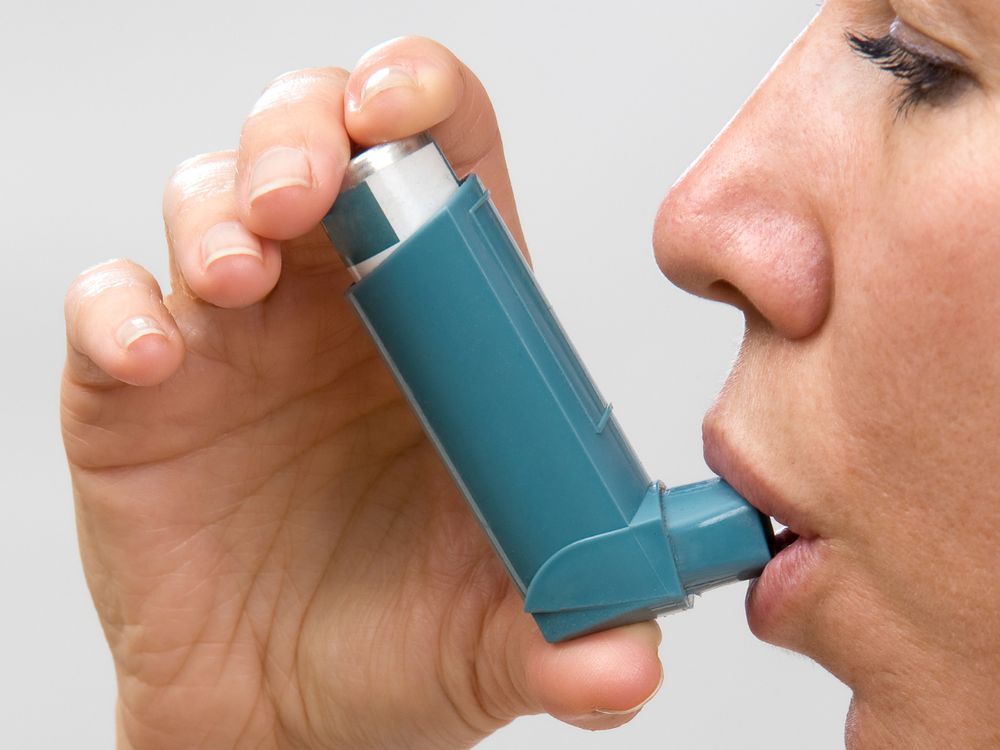 Asthmatics suffer from airway inflammation, which causes restriction of their airways. According to the National Heart, Lung, and Blood Institute, about 25 million Americans have this ailment. As there is no cure for asthma, the current treatment strategy focuses on controlling symptoms and preventing consequences.

Many asthmatic individuals are looking toward natural asthma treatments, including medical marijuana. Much talk is about medicinal marijuana being used to treat various health concerns. The most popular method of taking marijuana is smoking, and one cannot help but worry whether this would make asthma worse or better. With few studies on what medicinal marijuana can and cannot accomplish, you may be wondering, “Can marijuana aid asthma?” We’re here to help you.

What Are the Current Asthma Treatments?

Asthmatic individuals have numerous therapy choices. Inhalers, for example, are drugs that give immediate relief. Your doctor may also offer medications to control your symptoms before they become life-threatening. Here are some drugs that can help reduce airway inflammation:

There are other natural cures; however, seeing your doctor first is strongly encouraged. Here are some natural asthma treatment options:

What Is the Relationship Between Marijuana and Asthma?

Three asthmatic individuals treated with medical marijuana improved their symptoms, according to a 2020 study published in the National Library of Medicine. Nonetheless, the evaluation concentrated on searching for current papers and databases on the effects of medicinal marijuana on asthma.

According to the study, medical marijuana may have anti-inflammatory benefits for asthma patients. It also claims that marijuana has an effect on the airways due to its bronchodilatory qualities. Chronic bronchitis symptoms and airway irritation are two of the possible hazards of medicinal marijuana for asthma caused by smoking.

When discussing medicinal marijuana, this can refer to the entire Cannabis sativa plant or one of the various substances contained in marijuana.

Marijuana’s Potential Risks and Benefits: Can It Help Asthma?

Over the years, research has produced evidence indicating that while cannabis may have some risks, it can also be beneficial in the treatment of certain illnesses. According to Altitude Organic Cannabis, these are the potential risks and benefits of marijuana:

Marijuana’s current research as a possible asthma therapy is still limited. However, researchers are focused on medicinal marijuana for asthma, but instead of smoking, they are ingesting cannabinoids. Cannabinoids contained in marijuana have anti-inflammatory effects.

Medical marijuana occasionally alleviates chronic pain and medical diseases such as multiple sclerosis and arthritis. Current research holds up hope for patients who have allergic asthma. Experts are investigating if cannabinoids derived from marijuana have the same asthmatic effects.

Cannabinoids can be extracted and used to make supplements. Cannabinoids can also be obtained through atypical techniques of cannabis smoking. Research in 2013 found that people using vaporizers as they smoke marijuana experienced more of the plant’s benefits with minor lung discomfort.

However, a more extensive study is still needed to evaluate whether the relationship and possible advantages between asthma and marijuana outweigh the hazards.

Despite the apparent favorable relationship between asthma and marijuana, it still comes with hazards, especially for people living with asthma. Smoking any substance may irritate your lungs and exacerbate your symptoms. When smoking is used to consume, the hazards are multiplied.

The trouble concerning asthma and marijuana is that they potentially increase the risk for asthma attacks. As you are aware, severe asthma episodes may necessitate hospitalization in order to avoid significant repercussions. If you consume by smoking, you may develop bullae in your lungs. Bullae are huge air sacs that obstruct breathing.

When you use medical marijuana for asthma, you put yourself at risk for bullae. This problem may worsen over time and lead to a potentially fatal pneumothorax. According to the American Thoracic Society, people under the age of 45 who consume marijuana are more likely to develop bullae.

The following are some of the short-term hazards of smoking medicinal marijuana for asthma:

What Are the Various Types of Marijuana?

We’ve now answered the question, “Can marijuana aid asthma?” The following topic addresses the many forms and techniques of taking marijuana other than smoking.

There are different types of marijuana available for those who do not appreciate smoking and prefer a more discreet approach to experiencing THC or CBD – two of the most common components found in cannabis. Here are a few examples:

5 Accessories To Bundle With A Polar Care Cube A polar care cube is essential for relieving pain and soreness from injuries. It’s a great way to reduce swelling and speed up recovery time. But to get the most out of a polar care cube, it’s important to bundle it with some additional accessories.

Read on to find out 5 of the best accessories to bundle with remarkable polar care cubes like the Breg polar care wave among others.

It also has a built-in timer, so you can set it for the exact time you need for your therapy.

The Breg polar care shoulder pad is an essential accessory for those seeking to make the most of their polar care cube. This pad is designed to be worn over the shoulder and provides comfortable support while you’re on the go with your cube. The pad has two adjustable straps with clips, so you can adjust it to fit your size.

It also has a mesh back panel, which helps to keep the cube securely in place, even during movement.

The Breg polar care universal pad is a great accessory to bundle with the polar care cube. This pad helps protect and secure the cube for maximum protection and stability. Its universal fit ensures that it can be used with a Breg polar care wave, regardless of size or shape.

The pad also helps to absorb shocks from bumps or drops and is easy to clean and maintain.

The pad is lightweight and easy to transport wherever you go. It features a special non-slip grip surface, so your foot stays firmly in place.

The polar care knee pad provides excellent protection and relief for post-op and injured knees. It’s designed to protect the knee and reduce stress on the joint when healing from a knee injury or procedure. The design is lightweight and adjustable, making it easy to customize for the exact fitting.

The pad also has a low profile so that it can be worn beneath clothing for all-day comfort.

Physiotherapy – How does it help?

As you age, your body goes through a lot of changes. This is why it’s common for older people to experience stiffness or pain in some joints. Physiotherapy helps with these issues, but it’s not only for seniors. Younger people can also benefit from it if they have an injury or other medical condition that requires rehabilitation. So if you need to take physiotherapy in Western Sydney, quickly get in touch with the best therapists in the region.

Western Sydney is a large region of Greater Sydney that encompasses western sub-regions, southwest, north-west and central-west regions of Sydney. It has a population of 2,620,162 as of 2022. The Australian Institute of Health and Welfare’s most current statistics show a more than 50% rise in the number of physiotherapy visits in the region over the previous ten years.

Here are a few incredible benefits you can enjoy from regular physiotherapy sessions.

Anyone can benefit from physiotherapy, but those with a condition such as arthritis or an injury prevent them from moving freely. People who have had surgery may also require physiotherapy to help them recover their mobility. Physiotherapists are more likely to be able to help older people who are having difficulty getting around due to the natural effects of ageing on our joints and muscles.

Your physiotherapist will discuss your condition before deciding what treatment is best for you. You might be advised about exercises that could improve your mobility or make everyday tasks easier, such as walking up stairs, bending down to pick something up from the floor or getting in and out of a bath or shower safely without straining any part of your body unnecessarily.

Physiotherapy can help you reduce joint pain, swelling, stiffness and inflammation. Your physiotherapist will assess your pain by asking you about the location of your symptoms and how long the symptoms have been present. The physiotherapist will also ask about any other problems you may be having that might be related to your back or spine (such as numbness or tingling in arms or legs).

The physiotherapist can identify which structures are causing your back pain based on the information they gather during this initial assessment. For example:

Relieve pain from back conditions, including herniated discs and sciatica.

Back pain is a common problem caused by many things, from overuse to injury. Physiotherapy has been proven effective in relieving back pain and reducing the need for surgery.

If you need to see a therapist for physiotherapy in Western Sydney, it’s important to visit someone qualified and experienced in their field. As you have seen above, there are many ways that physiotherapy can benefit people with different conditions, but it is always best to seek professional advice before beginning treatment.

Finding The Best Cardiologist In Sydney 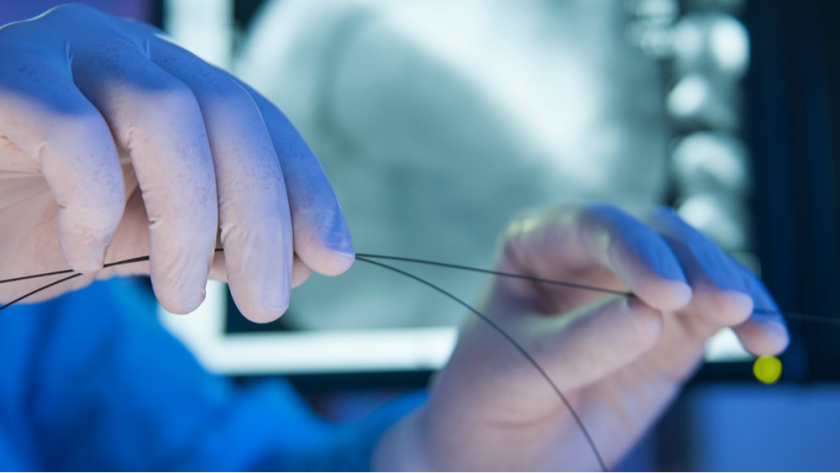 A cardiologist is a medical doctor specialising in diagnosing and treating heart conditions and diseases. They may also provide specialist care for other conditions that can affect the heart, such as high blood pressure, diabetes, and obesity. If you’re looking for the best cardiologist, it’s essential to understand their role in your health care. Not all cardiologists offer the same services, so it’s essential to find one that suits your needs. Some cardiologists may only offer general care, while others may specialise in a particular area of heart health. If you are looking for the best cardiologist in Sydney, you should keep a few things in mind.

The average gross pay for cardiologists in Sydney, Australia, is $508,041, or $244 per hour. This is $30,537 (+6%) more than the typical Australian cardiologist’s pay. They also receive an average incentive of $38,154 each year. When finding the best cardiologists, there are a few key things to remember.

Common Conditions Treated By A Cardiologist

There are some conditions that cardiologists treat, including:

If you need to see a cardiologist, talk to your primary care physician. They will be able to refer you to a specialist if necessary.

What Should You Expect During A Cardiology Appointment?

When you make an appointment with a cardiologist, you can expect a physical exam, including taking your blood pressure and listening to your heart with a stethoscope. The cardiologist will also ask you about your medical history and symptoms.

You may also have some tests done, such as an electrocardiogram (EKG), echocardiogram, or stress test. These tests help the cardiologist see how well your heart is functioning and identify any problems.

After reviewing your test results and talking to you about your symptoms, the cardiologist will make a diagnosis and develop a treatment plan. The treatment plan may include lifestyle changes, medication, and surgery.

So, if you are looking for a cardiologist in Sydney, keep the above in mind. Also, be sure to ask your doctor for a referral, as they will likely have a preferred cardiologist that they work with.