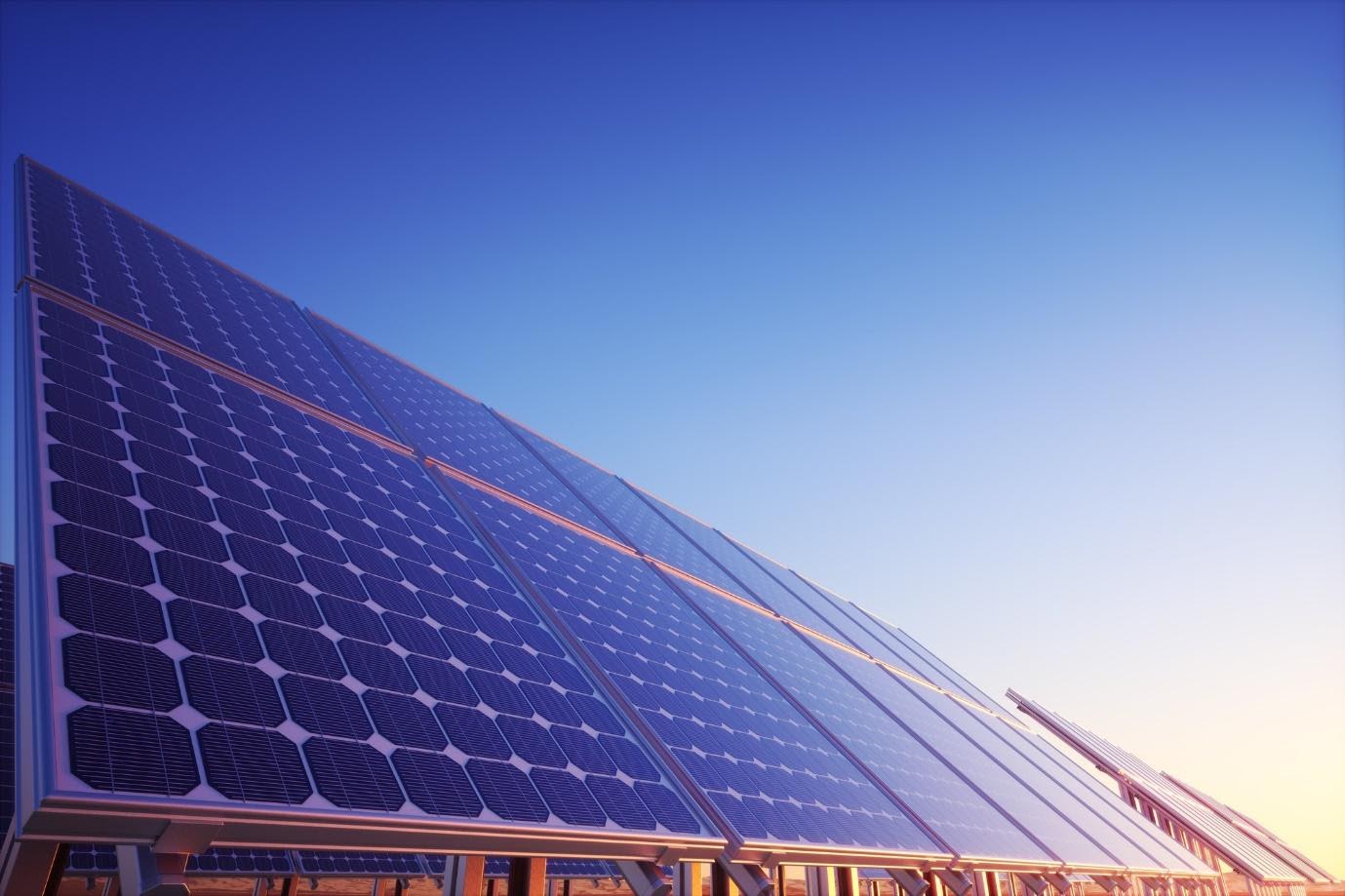 Solar energy uses radiant energy from the sun by using various technologies like photovoltaic cells and solar heating. It is an efficient way to use unconventional energy with a renewable solution.

1. An Hour of Sunlight Equals One Year’s Worth of Energy

Solar power comes from the sun’s energy. If you had one hour of direct sunlight, this is enough energy to generate energy for one year—for the entire planet! That’s how powerful the energy is from the sun.

Fossil fuels continually increase in price. When you pay using the traditional power grid, you cannot determine how much you want to pay. Solar is significantly cheaper than fossil fuel.

A commercial provider in Dubai sold solar electricity for $0.029 cents per kilowatt-hour. This set a world record.

3. Airplanes Can Fly on Solar Around the World

You may have heard about solar energy powering cars, trains, and space stations, but airplanes can also fly using solar energy alone. Bertrand Piccard flew a solar-powered plane around the world in 2016.

4. You Do Not Need Direct Sunlight

You may think that you need to live in a sunny area to use solar energy, but that’s not the case. Solar energy still produces electricity on cloudy days. While it may not be as much as a sunny day, your system will still produce a great deal of electricity.

This is why you may want to consider a solar-powered generator as well. Check out these Titan Solar Generator reviews for more details.

5. A Solar Energy System Pays for Itself

After installing solar panels from Houston, you will no longer have to pay an electric or heating bill. Investing in the right solar batteries can optimize your energy savings.

You will also be eligible for tax breaks of up to 30 percent. Some states even allow owners to sell their excess solar energy, so you could earn some money back. These systems are also low maintenance.

There is some pollution created when manufacturing solar panels, but once they are built, there is a negligible impact on the environment. This means there is no noise pollution, moving parts, no emissions, and no need for fuel.

One of the biggest solar energy benefits is that these panels can produce electricity for more than 30 years. They do experience some degradation as they age, but most panels produce at least 80 percent of their capacity for at least 25 years.

8. There are More Than 2 Million Solar Systems in the U.S.

The World Economic Forum says the demand for solar energy uses is booming. Solar power companies install 1,000 football fields worth of solar panels each day throughout the world.

Know the Facts About Solar Energy

With all these facts about solar energy, you can see why the industry is booming. Solar energy benefits give you the opportunity to save money and create fewer ommissions.

Related Topics:solarSolar energy
Up Next

Three Ways to Have Clean Water 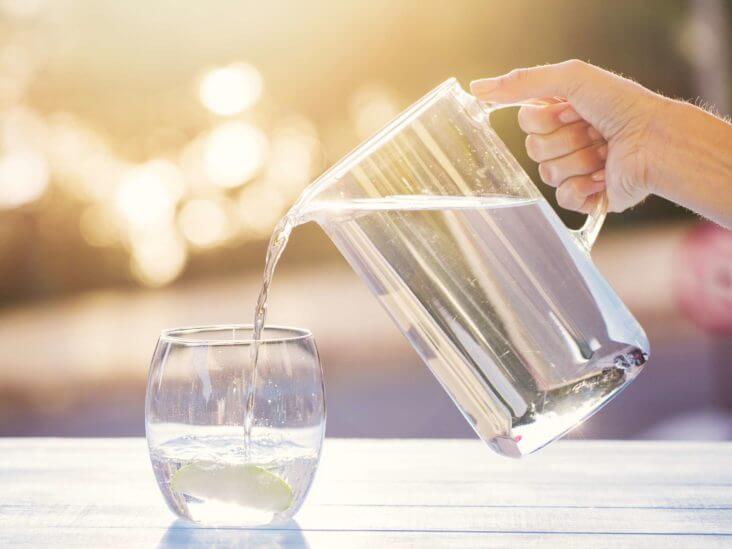 Did you know the revised Clean Water Act puts many people at risk of drinking contaminated water? The recent revisions removed Federal oversight. This means the government no longer fully checks what companies can dump in your water!

So what to do if the Clean Water Act doesn’t protect you from potential toxins and pollutants? How do you make sure you are drinking clean water? You’ll have to take matters into your own hands.

Water is an important part of our daily lives. From keeping clean to cooking, water plays a very vital role in maintaining good health. You’ll need to consider your options if you don’t have access to clear American water.

Keep reading for three methods that you can use to make your water clean.

Distilling water starts by filling up the boiling chamber. As the water boils, the vapor rises. The distiller collects the vapor within this first chamber.

This water then flows into a condensation chamber. Germs and heavy metals stay in the boiling chamber as they have different boiling points.

Within the condensation chamber, the vapor converts back into a liquid state. This purified water is now safe to drink.

One of the most common methods of purifying water is chlorination. Adding chlorine to the water kills any bacteria or parasites that might be present.

Those working in clean water services at treatment sites add chlorine to the water. In this way, they can create clean and safe drinking water from wastewater.

A water softener is a device that cleans water by removing the minerals that cause hardness. A water softener exchanges hard minerals, like magnesium, for softer ions like sodium. This process can help to improve the taste and smell of your water.

It can also help extend the life of your plumbing and appliances.  If you’re wondering how to clean hard water stains, a water softener may be the best choice.

The main downside of using a water softener is the increased levels of sodium in your water. This can be a problem for people who are on a low-sodium diet, or for those who are pregnant or have high blood pressure.

Another downside of using a water softener is that it can strip your water of its natural minerals. Some of these are beneficial in trace amounts, and your body needs them.

Clean Water Is Within Reach

Clean water is an essential part of our lives, but clean tap water can be difficult to come by. Fortunately, there are ways you can cleanse your water for safe use in cooking and cleaning.

From distillation, chlorine, or a softener, you have options. Enjoy clean water without adding unwanted substances and germs to the mix.

Did you find this article helpful? Keep learning by checking out our other lifestyle articles on the site. 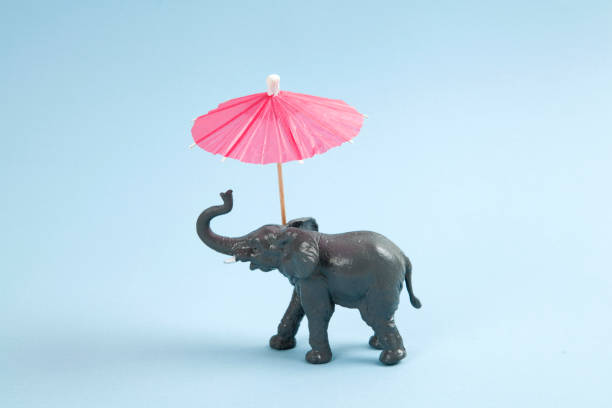 Elephants are mammals liked by many and make everyone fascinated. Their gigantic build, thick skin, intelligence, and memory have always made people curious about this creature leading to further studies and research.

The word elephant is derived from the ancient Greek word: elephos. They are the largest land mammals on earth and are extremely intelligent, considered to be among the most intelligent of all animals.

Elephants are a symbol of wisdom in many cultures. In western cultures, elephants are often used as a symbols of strength, power, and good luck. Elephants have also been used to symbolize royalty and honor.

In Africa, elephants are a symbol of good luck and prosperity and are believed to be a sign of abundance. Elephants are a common symbol that is made as statues, paintings, elephant figurines, and sculptures.

Hinduism is the religion that connects elephants with the Gods and Goddesses. Many Hindu temples have an elephant statue at the entrance. The elephant is also said to be one of the most useful breeds of animals. It is an animal with a strong memory.

Everyone has long been fascinated by the majesty and strength of these creatures, and have sought to capture that in artwork, which is why the elephant figurines have a special place in our homes.

Elephant-shaped ornaments, or figurines, are popular decorative items in Asian and African homes. They are believed to bring good luck and are featured in many Asian cultures, including Japan, China, and the Philippines, among many others.

These figurines are made from a variety of materials, including ivory, iron, brass, even paper. They can be found in homes and businesses as well as in religious temples and shrines.

Brings Abundance and Prosperity in Homes

They are the Symbol of Wealth and Happiness

Elephant figurines are a popular choice of home decoration and are usually kept as a statue or in a figurine. They are a symbol of strength, wisdom, and happiness. They have been used for centuries and have come to represent good luck, prosperity, and wealth. They also ensure harmony and are used in Asian cultures as a symbol of peace.